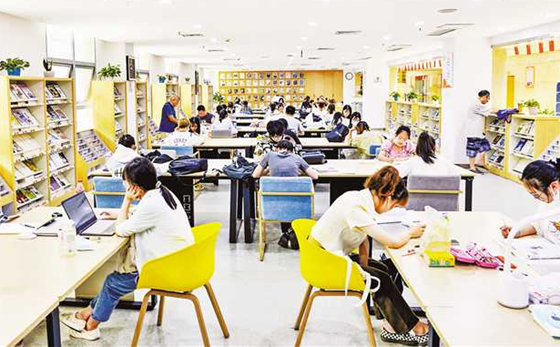 CHONGQING (CQNEWS) -- On July 28, citizens were reading in the library of Dadukou District. In hot summer, many 24-hour self-service libraries in Dadukou District have become a good place for citizens to study while cooling off.